Baroness Verma is a highly influential, both as an outward facing global business leader and within the numerous political positions she has held.

Since entering the House of Lords in 2006, she has held several key Ministerial appointments, in Government and opposition. Baroness Verma is adept at leading teams from the front, strong in strategy development and transformational change. She has significant experience in chairing committees both in the private and public sectors.

Baroness Verma is self-assured, confident in decision making and wise enough to build strong teams around her.

A strong and committed advocate of diversity and inclusion, she is involved in a wealth of influential initiatives to create a more inclusive working environment and society. She has led from the front specifically on tackling gender and race discriminations, both in her political position and in her many roles on committees. Baroness Verma was the Prime Minister’s Ministerial global champion for tackling violence against women and girls when she was a government minister.

She co-founded Powerful Women, as an energy minister when she saw the lack of senior women in the energy sector, this has helped changed the way women are supported in the sector by the senior leadership of the sector..

She is Chair of UN Women UK, the national committee of UN Women the only UN organisation that focuses specifically on women and girls.

Baroness Verma has received numerous accolades over the years, as a business leader, supportive of tech start-ups, a politician and champion on rights and access to opportunities. She doesn’t shy away from being forthright and honest but has always embraced the art of cooperative support as the most successful way to achieve results. 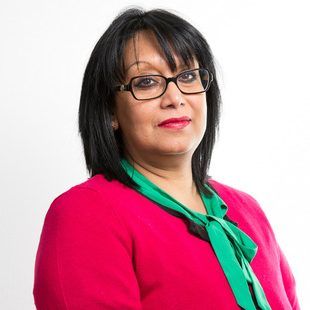